In every state, a motor vehicle accident must be reported to police if the property damage exceeds a specified amount. A person can be cited for failing to do so. He or she might also be cited for leaving the scene of an accident. Those are two good reasons for calling 911 after an accident and asking for police to be dispatched to the scene. A third good reason to summon a police officer to the scene is if you are injured in an accident that was caused by somebody else. A thorough police investigation is going to help you preserve your rights. Here’s how your investigating officer goes about doing that.

Observations at the Scene

Your investigating officer will make observations at and around the crash site to help formulate an idea of what act or failure to act caused the crash. Along with other information, the officer will note how many lanes of traffic were on the roadway, the direction of traffic, the number and types of vehicles involved, where the vehicles were at the time of impact, where they came to rest, any stationary objects that they may have hit, estimated distances between objects and fresh damage to the vehicles involved. The officer will also note who was injured in the crash and if/how that person left the scene.

If the drivers of the vehicles involved in the crash are conscious and able to speak to the investigating officer, statements will be taken from them regarding how the accident occurred. Those statements will be part of the police accident report. Any admissions of fault will be duly noted. You can obtain a copy of that report in a few days for a nominal charge. It will also contain contact and insurance information for the parties.

If there were any independent eyewitnesses to the crash who remained at the scene, statements might also be taken from them. Their contact information will also appear in the accident report.

Just about all police accident reports contain a drawing made by the investigating officer of how the accident occurred. These are rarely to scale, but they can be helpful in understanding what happened. The officer or a crash investigation team might also take photos of the scene and vehicles while at the location of a particularly tragic crash.

Don’t count on somebody else calling police to the scene of an accident. Make that call yourself. Don’t get talked out of calling police to the scene, either. The person who caused the crash might have any number of reasons for wanting to avoid police contact. Judges and jurors generally recognize police officers who investigate accidents as independent and credible witnesses.  Your investigating officer’s report will be invaluable in preserving your right to compensation for the injuries that you suffered in a motor vehicle crash. 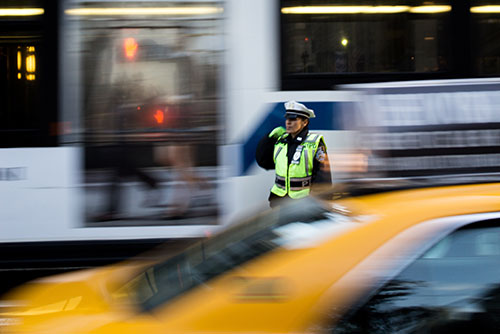